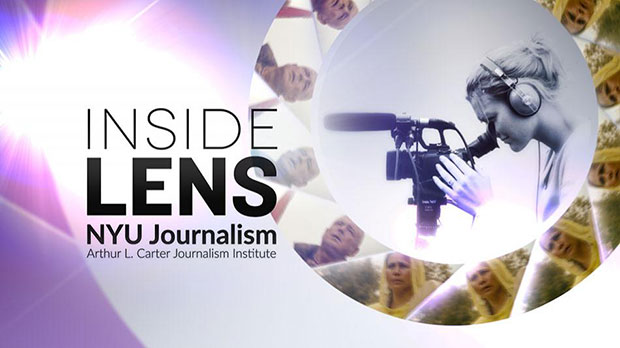 News & Documentary at NYU Journalism brings you eight young filmmakers from around the world, and their fresh look at captivating stories from off the beaten path. Directing, shooting and editing as a one-person crew, these emerging filmmakers immersed themselves with their subjects to give you an intimate insight into our city and our world. Series Two features stories from villages in rural China to public schools in Harlem, from Bollywood to Inner Mongolia. Inside Lens takes you on a journey towards the future of documentary filmmaking, into the unexpected stories we find in the places we know best, and the experiences we share even in the farthest stretches of our world.

Fairy Wang may be a working-class girl from rural China, but she thinks she’s the next Coco Chanel. After posting her eccentric designs on Weibo, Fairy becomes an overnight internet celebrity. But fame comes at a price.

The Church of Latter Saints provides two impossible options for gay Mormons: celibacy or ex-communication. Latter-gay Saints follows two LGBT Mormons in New York City as they navigate the problematic relationship between their faith and their sexual orientation.

Migrant workers who supported China’s economic boom are starting to age out of the workforce. Many of these men at 40 find it hard to get work, have no money to marry and are too ashamed to go home after their dreams of prosperity end in a windowless room.

Two Hundred Percent tells the story of a son’s journey to Israel 15 years after a tragic accident to reunite with his long-last father. There, his expectations clash with reality as he reconsiders his father’s accident and is forced to confront a painful past.​

Due to censorship, many films can’t be released in China. When You Can’t See The Film finds underground cinema clubs that are making independent films accessible despite the risks.

Many women in Lebanon are obsessed with their looks and turn to plastic surgery as an escape from their imperfect world of political, social and economic instability.

The deep rooted prejudice against dark skin color is experienced by women on all levels of Indian society. The filmmaker tries to understand this pressure for lighter skin effects her, domestic workers and even famous Bollywood actresses. Even men are now starting to lighten their skin.

An Inner Mongolian mother lives a split life for her young son.  Caught between tradition and modernization, she leaves her grassland home for better schools in the city.