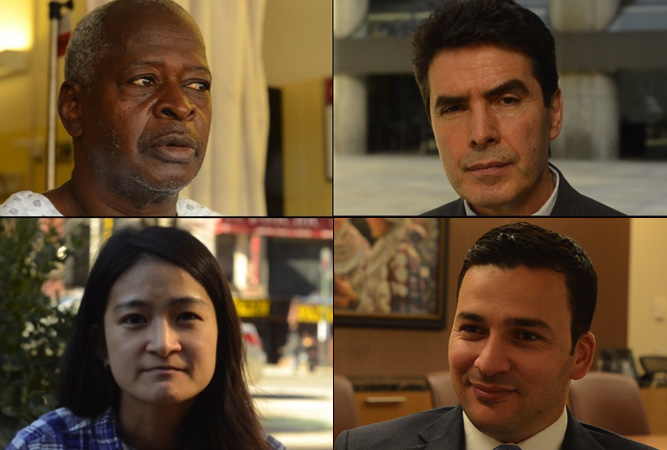 Mouctar Diallo was a political ambassador for over 15 years in Guinea. Now, he is unemployed and living in a New York City homeless shelter with his four children. There are nearly 2 million people like Mouctar in the US – highly skilled and foreign-educated immigrants – who are struggling to survive as new Americans. They are scientists, doctors, and engineers with years of experience, yet they are more likely to drive a cab or nanny than work in their professional careers.

Hire Me investigates the systemic hurdles that prevent newcomers from breaking in and the consequences of this brain waste for our country.

Chiara Norbitz is a New York native, multimedia journalist, immigrant-rights activist and public radio enthusiast. Most recently she worked for NBC Nightly News with Brian Williams and contributed to PBS-supported programs, MAKERS and Finding Your Roots. She holds a M.A. in Journalism from New York University and a B.A. in Politics from Mount Holyoke College.