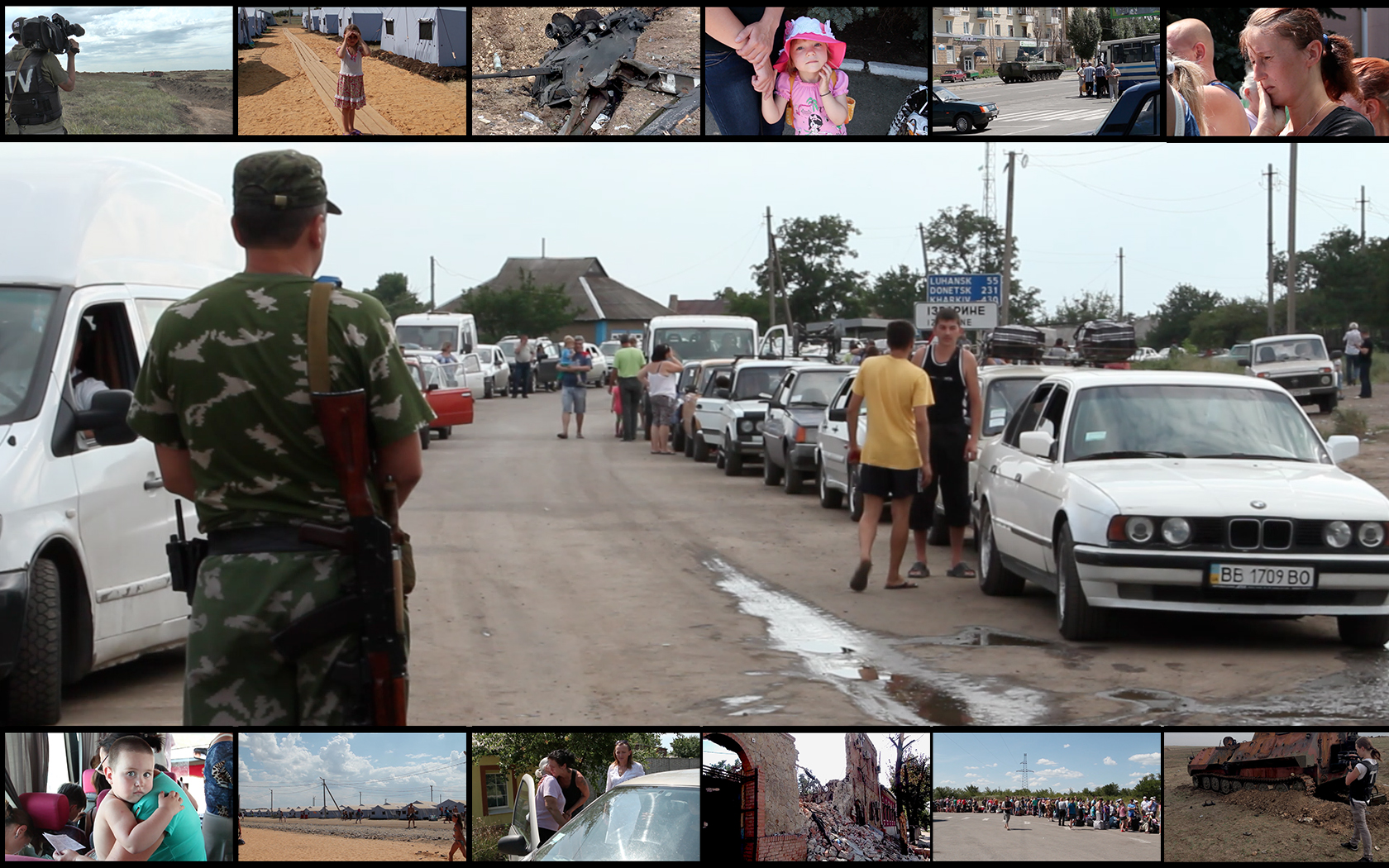 In 2014 millions of people in East Ukraine found themselves between two fires at the break of an ideological fratricidal war. They had to make a very unenviable choice: to live in constant fear for own lives and those of their relatives – or abandon their homes and leave.

Two sisters, Dasha and Natasha, choose different paths amidst the dramatic events unfolding around them as Dasha decides to stay in a city of Luhansk under constant shelling and Natasha with her five kids flees into the unknown towards the Russian border.

Following their story, the filmmaker tries to understand the motivations behind the two opposing groups in this controversial conflict, and her investigation leads her to unexpected results.

Tatyana Chistikova is a documentary filmmaker from Moscow, Russia currently based in New York. Her main areas of professional interest are armed conflicts and war, as well as extreme activities. Before joining the documentary world she’s been to the TV news business for four yeas.